Join us for a screening of Infiltrators, a visceral and haunting “road movie” that chronicles the daily travails of Palestinians of all backgrounds as they seek routes through, under, round, and over a bewildering matrix of barriers, and discussion with filmmaker Khaled Jarrar. Khaled Jarrar’s raw debut documentary was the standout success at the 2012 Dubai International Film Festival, winning the Muhr Arab Documentary Prize, the Special Jury Prize, the International Critics Prize, and the Gold Hugo for the best Documentary at Chicago International Film Festival. 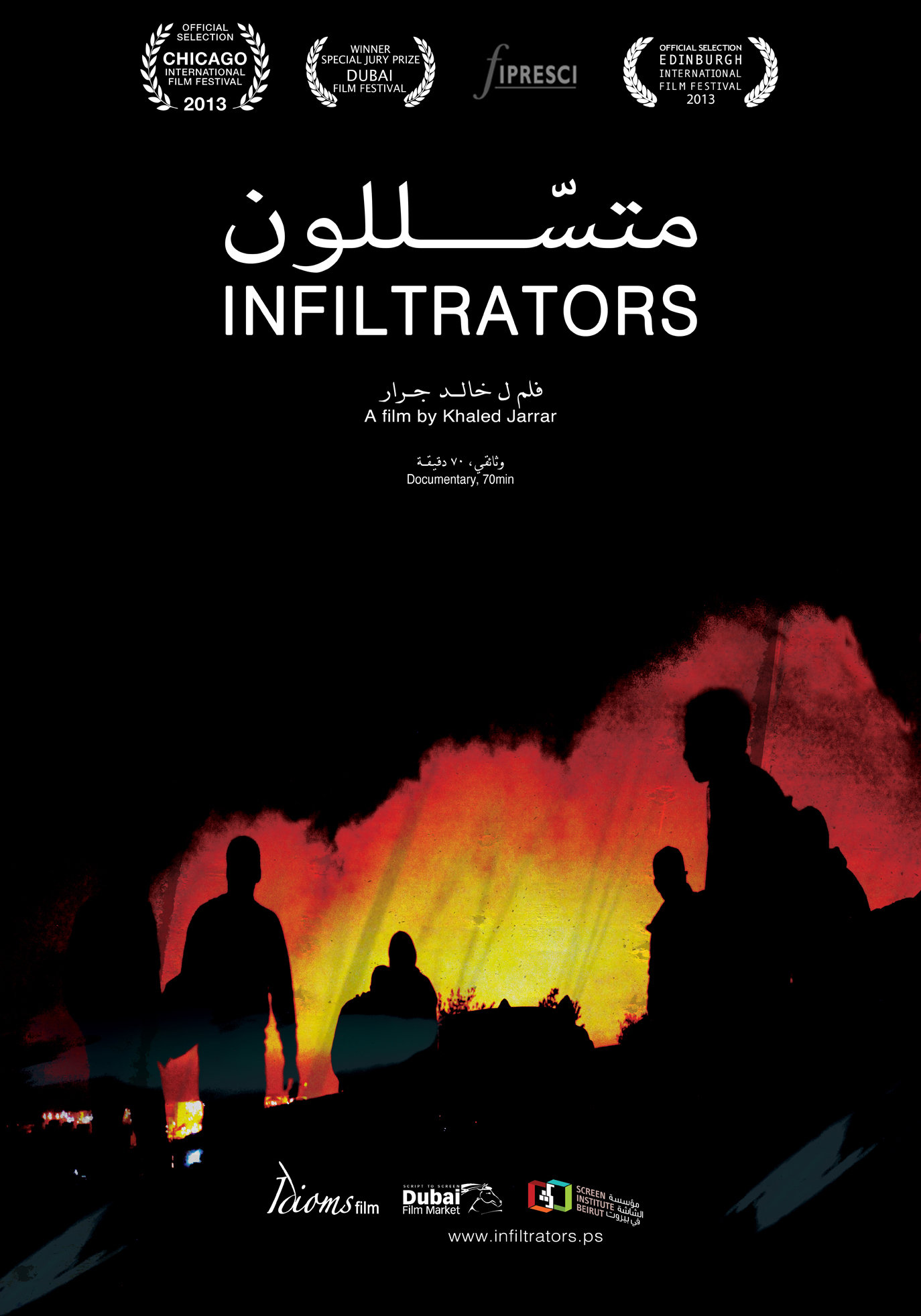 Khaled Jarrar, born in Jenin, completed his studies in Interior design at the Palestine Polytechnic University, visual artistry from the International Academy of Art – Palestine, and MFA from the University of Arizona. His first exhibition took place in public space at the checkpoints of Huwarra and Qalandya in the West Bank and Jerusalem. Jarrar started making films and videos in 2008, among them Journey 110 (a selection of BPFF2011). He has participated in international art events such as Art Basel 41, Instant video, London Palestine Film Festival, the International Contemporary Art Fair “FIAC” in Paris, the Berlin Biennale 7 in 2012, and the Sharjah Biennial 11 in 2013.

Jarrar’s Upcycle the Wall series, which has been shown internationally at venues such as the Aga Khan Museum, is perhaps his most well-known project to date and draws attention to the occupation of Palestine with sculptures made of reconstituted concrete from the apartheid wall that illegally annexes and cuts through parts of the West Bank. These works were highlighted in a critically acclaimed exhibition at Ayyam Gallery London in 2013 that included the installation of a massive concrete partition and related photographs.

Jarrar was highlighted by a number of international publications such as The Guardian, Los Angeles Times, and Creative Time Reports for his artistic intervention at the U.S-Mexico border. There, he removed and reappropriated a piece of the partition in order to create a ladder that now stands as a symbolic means of crossing for Mexicans who are separated from their American relatives.

Recently, Jarrar was awarded the 2017 General Grants program for Cinema by the Arab Fund for Arts and Culture for his film Displaced in Heaven, a documentary that follows an exiled Palestinian family fleeing Syria.

You can contact the event organizer, Crystal Murphy at crmurphy@chapman.edu.